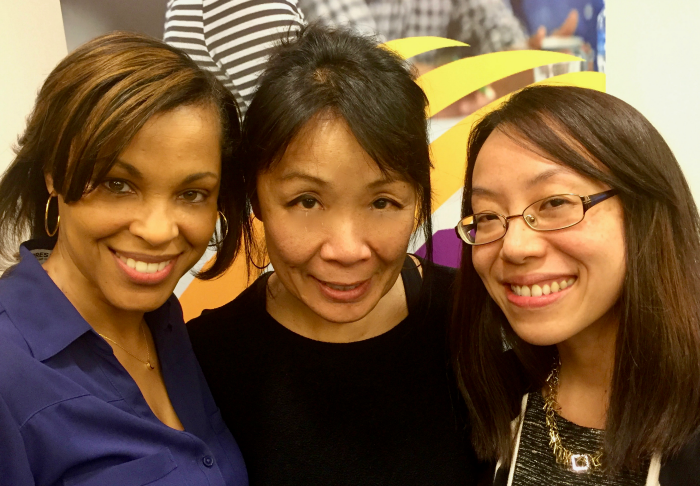 This weekend, I’m in Arlington, Va. for life coach training, yay! Taking on this new role pulls together all the skills from my life journey. I only realized I was looking for coaching — when I found it. That’s why I’m becoming a professional coach.  :)

The world of sports has always had coaches. But when I was young(er), other types of coaching careers didn’t really exist. Finally, in the late ’90s, personal coaching evolved as a way to help non-athletes and regular folks.

This bring us to now, today, the millennium. Life coaching, personal coaching — whatever you want to call it —  has emerged as a new profession.

Why I’m becoming a coach

Last year, I hired pro coach Gloria S.Chan. You’d think that seeing a shrink would be enough for me! But I was looking for specific guidance on my career and Purpose In Life. Gloria was so fab that I decided I wanted what she had.

Gloria is the daughter of Chinese immigrants, raised in Queens, N.Y. She graduated from Swarthmore College and Harvard Law School. During the Obama administration, she ran the Congressional Asian Pacific American Caucus.

Today, she is senior vice president at Coach Diversity Institute. Her partner is CDI President Towanna Burrous, who is another goddess. Towanna is the granddaughter of sharecroppers. She is the first in her family to graduate from college (Howard University). Before CDI, she spent decades working in the U.S. intelligence community.

Together, Towanna and Gloria are growing CDI as the world’s very first coaching program to specialize in diverse communities and communities of color.

What is a coach?

Instead, a coach is “partnering with clients in a thought-provoking and creative process that inspires them to maximize their personal and professional potential,” according to the International Coach Federation.

To put that in English: As a coach, I view my clients as the expert on their lives. They know themselves better than anyone else. My job is to ask them insightful questions.

It’s all about self-discovery as they figure out things on their own terms. This can lead to solutions with staying power; no one’s telling them what to do. They are talking to themselves. Watching the transformation process is quite amazing, which is why I’m becoming a coach.

My fellow coaching trainees are just as fascinating as Towanna and Gloria. The diversity in the room makes me wanna cry.

We’re black, Latino, Asian, multiracial, LGBTQ and white. We’re from all around the country. And we’re getting to know each other pretty well because we’ve been practicing our coaching skills on each other.

I spent a few weeks being coached by Cindy Lang, a consultant from Silicon Valley who is adding “life coach” to her resume. I also had the honor of coaching another consultant, Marcos Marquez from Austin, Texas. Now we’re coaches bonded for life!

Our training includes lots of intense seminars. There’s also peer coaching, which means we practice our skills on each other, taking turns playing coach and coachee. During one memorable exercise, we presented masks we made that describe who we are. We also go out to talk and eat. 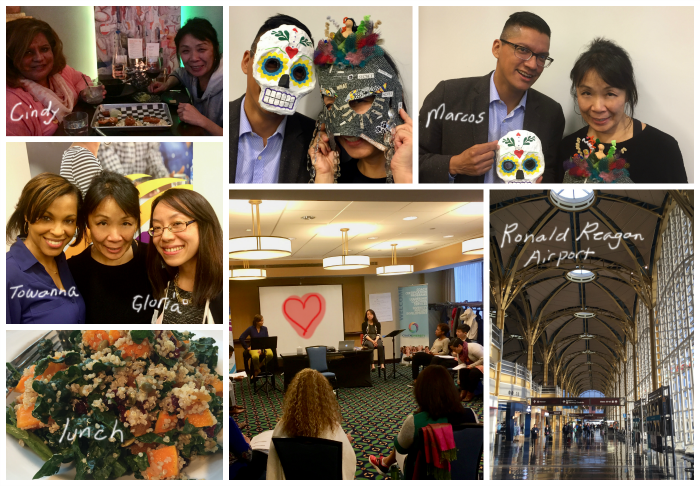 I’m so excited about the months ahead! If you’ve got questions or thoughts about why I’m becoming a coach, share your comments.

And if you’re interested in a complimentary Discovery Coaching Session, email me. I’m at betty@bettymingliu.com. Let’s talk. Or rather, you talk. I’ll listen. And then, ask a few empowering questions. xo