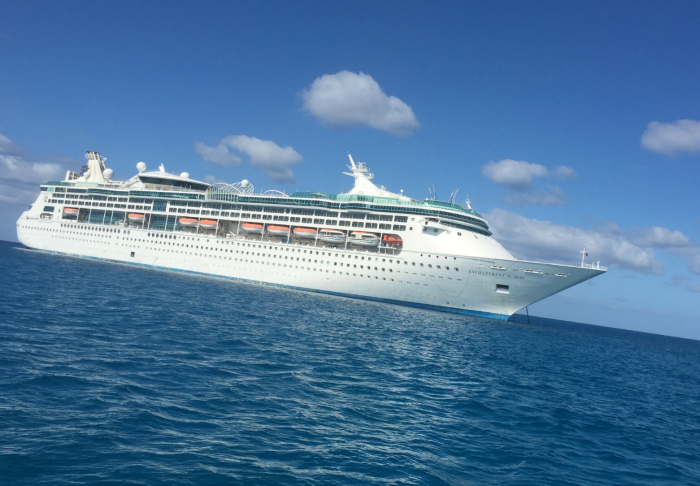 One more item crossed off the bucket list! I’m just back from a Sheila E. cruise — yup, that Sheila E., who was Prince’s drummer and Latina lover. The trip gave me the tropics and great music. Most importantly, it gave me a taste of diversity at sea.

My daughter Gabi joined me for the first-ever “Sheila E. Glamorous Life Latin Cruise” (Feb. 10-12, 2017). We left out of Miami for a weekend in the Bahamas, joining 2,100 other guests of every imaginable race and culture.

What a treat to watch Sheila E. on stage. At 59, the girl still looks great, wailing away on drums in stiletto heels. On the last night, she played “The Glamorous Life,” a hit single Prince wrote for her. I watched, getting emotional as I thought about the night I met Prince. 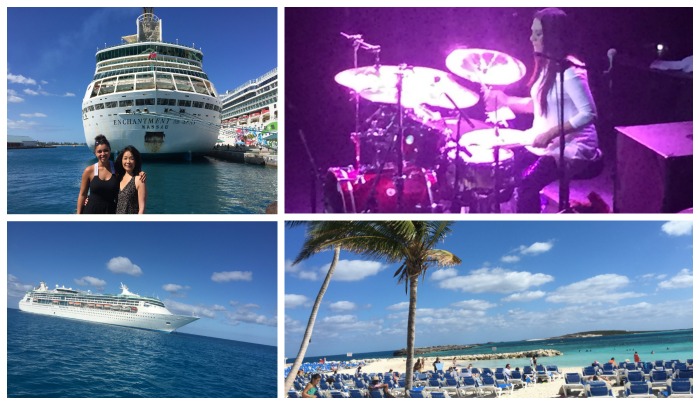 Sheila E. is amazing off stage too. It took guts to charter a Royal Caribbean ship and customize her own program of (mostly) Latin music and performers.

But Sheila E. is clearly made of tough stuff. At 5, she was raped by a male cousin. As she healed through the years, drumming offered a comforting outlet for self-expression, according to her autobiography, The Beat of My Own Drum. By 14, she was playing in her dad’s band. Later, she performed with everyone from Marvin Gaye to Diana Ross. And on this cruise, she shared her family and her life with us.

Why a Sheila E. cruise?

Our room came with a balcony that put the ocean at our door. The ship featured a gym, casino, spa, bar, cafe, formal dining rooms, and a big, all-you-can-eat buffet dining hall. We passed on both the chance to win a pre-owned Rolex and the spa talks about weight loss (haha). But with so much to explore, we regretted missing the drumming circle and some of the late-night music.

On the Michael Jackson theme night, everyone dressed up in black and white. That evening — and on other nights too — we were treated to Judith Hill, who records as a solo artist and used to sing back-up for Michael Jackson. Tony Succar, a Miami-based composer, gave us a UNITY concert of Michael Jackson hits set to a Latin beat, which was pretty incredible.

During a panel discussion, both Judith and Tony mentioned their moms, who are Japanese. Judith’s dad is black, while Tony’s dad is Lebanese, Spanish and Mexican. There were a few jokes about sushi and that hard-working Asian stereotype. But seriously, I left wondering how their Asian heritage might have added to their creativity. Viva, America!

Sheila E.’s family is interesting too. Pete “Pops” Escovedo, who drummed for Carlos Santana and Count Basie, is Mexican and Indian. Her mom is African American and white. They raised their kids in Oakland, Calif., in a Black neighborhood. During a panel discussion about their family and music, they had this advice for parents: Let your kids try different instruments. After all, Sheila E. played violin before embracing the drums.

As for the cruise’s not-so-great moments: Comedian George Lopez cancelled at the last minute. Of our two stops, one was Nassau, which was fine. But the other was CocoCay, a Royal Caribbean-owned property that’s a fake island destination. Still, the beach was okay and we got more free food.

What I enjoyed most: the Atlantic Ocean, the concerts, the food (big surprise), people watching, deck beach chairs, panel discussions with the musicians.

What a fantastic feeling to be on the water. Until the cruise, those gorgeous, shifting shades of blue only existed for me on my artist paint palette. But now, I’ve got ultramarine, cobalt and pthalo blue inside of me. Like the music, it breathes and rocks on as part of my soul. 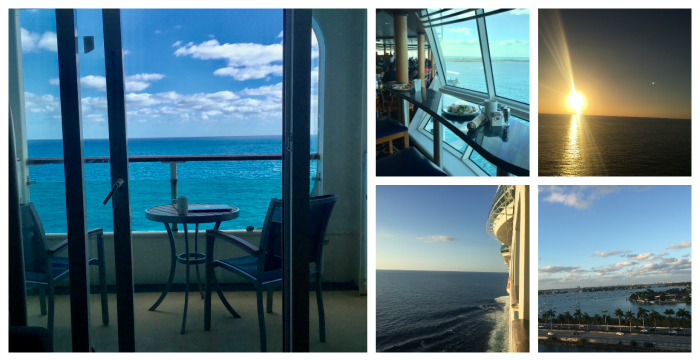 Would I cruise again? You bet.

And if you have tips, advice or even questions about cruises, please share.  :)