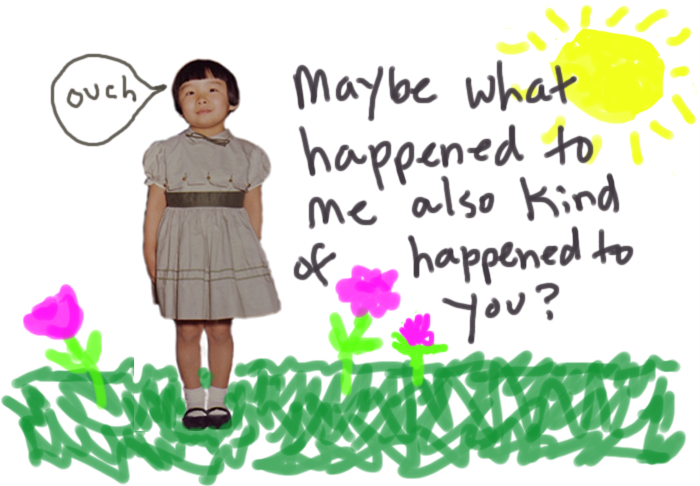 This is Part 1 of a 3-part series about me, writing and how writing saved my life. Everyone needs to write — everyone. By the time we get to Part 3, you’ll know why your words are so important, too. Okay. Here we go…

My Chinese immigrant parents expected my birth to make them lucky. Instead, they felt cheated. For a long time, I felt like a failure — until writing saved my life.

Even though Mom and Dad loved me (in their own way), I was somewhat worthless. When my mother was pregnant, they wished for a boy. But they got me, the first-born of two daughters. Birth order made me their Fake No. 1 Son. There was less pressure on my sister because she was the baby, The Pretty One.

So it was on me, the first American in the history of the ancestors, to bring the family glory. My parents dreamed of me as Dr. Betty, a Harvard University-trained physician who played exquisite piano. Of course, I would marry an equally accomplished Chinese man. We would produce at least one grandson.

Well, none of that happened.

Before writing saved me, I was on a solitary journey. It was lonely because my choices meant breaking with tradition. I took crap from the elders for marrying a husband who happened to be Black. We were blessed with a wonderful daughter and celebrated her gender. Then after nearly a quarter-century together, I shamed the Liu tribe. That was me, the first divorced woman in the history of the ancestors.

In other firsts, I was the first Asian American staff writer at every newspaper that hired me. After more than 16 years as a full-time journalist, I traded the newsroom for college classrooms. Even now, in a diverse, 21st century America, I’m still a campus rarity. For most students taking creative writing, journalism and communication courses, I’m usually their first professor with an Asian face.

Today, all of us are breaking barriers in everything we do. Maybe, like me, you long for someone to talk to while you experiment and pioneer. So here I am, sharing what I learned during my 60 years on this earth.

Maybe sharing my mistakes can save you some heartache and get you the life that you want sooner.

Maybe you’ll relate to the most important lesson I’ve learned: Writing got me to my honest, true self. And this is the story of how writing saved my life.

The battle for control began with crayons. My dad used to rip them out of my chubby, little left hand. He came from a generation that believed lefties were unlucky. He also believed it was his duty to break me of a terrible habit.

Eventually, the scared, confused toddler surrendered. As a little girl, I went righty with scissors, forks and chopsticks. But my left grip held tight to pens and pencils, which led to many fights. Starting at that early age, being miserable and insecure felt normal.

This was the mid-’60s, when we lived in Lyndhurst, N.J. We were the only non-whites in the entire town. On TV, the evening news showed cops beating up black civil rights protestors. In our neighborhood, young guys drove by our house yelling “chink!” My father worried about anti-Asian violence. When I was nine, he moved us to New York City.

We relocated to Manhattan’s Chinatown. Safety in numbers. I started 4th grade at P.S. 1, suddenly surrounded by “my people.” But even though these kids looked like me, I was still an outsider with a very different personal history.

To help us fit in, our parents sent my sister and I to Chinese language school. I hated the drills, the testing, the memorizing. After repeating Chinese 4th grade twice, I flunked out. From here, things got worse.

Like other Chinatown girls, I took lessons on the piano, an instrument of torture. Recitals left me in a panic as I fantasized about playing the drums. Chinese folk dance classes were a nightmare, too. I was the fat, pimply, four-eyed beast in a class of slender, graceful maidens.

Home brought more misery. Our parents, who slept in separate bedrooms, fought all the time. They argued about everything, from investment decisions to the correct technique for steaming fish. Mom found comfort in her Chinatown church. Dad focused on perfecting me. Meanwhile, I prayed for their divorce.

As home life drama escalated, elementary school became a safe place. My English teachers loved me! They said I had writing potential. But my unimpressed parents saw these educators as privileged white meddlers. None of them had ever been called “chinks.” How dare they raise false hope in Little Betty.

“Be practical,” my father told me. “A Chinese cannot make a living as a writer.” (This was decades before Chinese American novelists Maxine Hong Kingston and Amy Tan broke literary ground as bestselling authors.)

With Asian Americans practically invisible, my parents wanted me to focus on the Holy Trinity of Most Revered Professions: doctor, lawyer, engineer. As a talented test taker (when I put my mind to it), I passed the Stuyvesant High School entrance exam.

Getting into New York City’s most prestigious public school thrilled my parents — until reality hit them.

I loved my English classes, aced them all. But math and science? Sometimes I brought home Bs, Cs and even Ds and Fs. Did I mention yet that my dad was an accountant and my mom, a chemist? Oh, the shame!

Yet, there was hope as writing saved my life.

Writing saved my life in college

Poor grades limited my higher education options. So I stayed home and commuted by subway to City College of New York (CCNY). The campus is in Harlem, the now-gentrifying Black capitol of America. Even today, it’s a great school, filled with children of immigrants from around the world. I made lots of friends. Many of us felt like outsiders, fighting for a shot at our dreams.

But my parents felt shame. Most of their friends had never heard of CCNY. Their kids went to universities like Princeton, M.I.T. and Cornell. To save face, my mother acted fake-humble. She told her friends that she thanked God for me. She said I sacrificed going away for school because I wanted to take care of her and Dad.

While my mother managed our family image, my father managed me. He personally chose my classes, loading my schedule with Economics and Biology. English courses were forbidden. I retaliated by bringing home more Cs and Ds. He and I were at war.

“You never finish anything!” he screamed. “How can you be so stupid! No English classes! No art classes! You can’t be a teacher! Teachers have no prestige in this country!”

One peep from me and he’d lay on the guilt. “Why can’t you listen?” he’d shout. Then, he’d reach for his Valium or one of the many other prescription meds he took for high blood pressure and stress. To make sure I heard him, he would add: “You’re killing me, you’re just killing me!”

That morning, I was 19 and he was 70. My tearful mother woke me up in a panic. “Something is wrong with Daddy,” she said.

So we went to his bedroom. He was slumped in a sitting position on his neatly-made twin bed, dressed in his usual white shirt and necktie, dark suit and socks. His heart failed in a massive, fatal stroke. He had been out drinking with friends that night before and popping prescription meds.

My mother made me call Dad’s doctor. After I explained the situation, he said mixing alcohol and Valium makes for a deadly cocktail.  I heard the words. But in my heart, I felt my dark thoughts had committed murder.

Now, because of me, he was dead.

At least, that’s how I felt. Memories led to a collage of emotions. Love, guilt, shame, defiance — and, freedom. What happened next surprised even me. 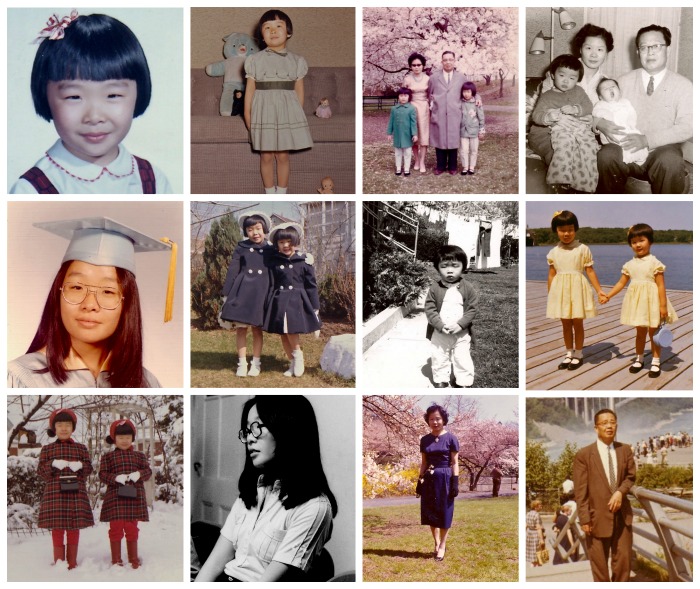 What’s next? Read more about how writing saved my life. Part 2: my hot career, celebrities, the bling. Then Part 3, when I crash — and crawl my way to who I am today.