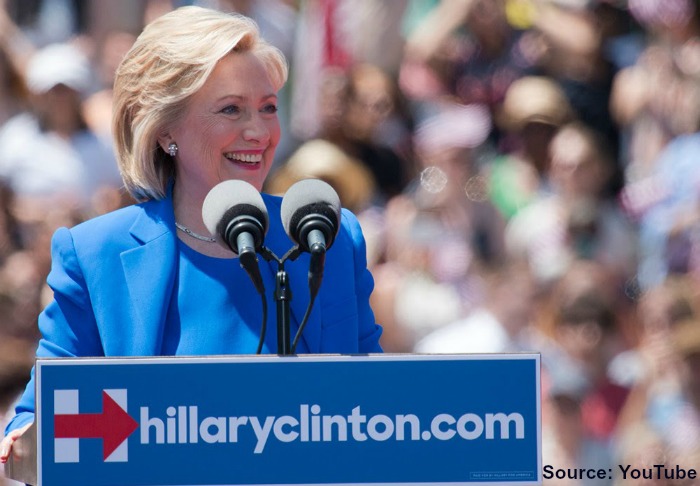 More than once, I’ve been involved with men who cheated on me. More than once, I stayed too long and loved too much. There’s a lot of women out there who can relate. We’re a huge voting block in the 2016 presidential election. Yet, where are the fancy experts analyzing our political clout? Then again, who would they interview, if we’re hiding in shame, heartbreak and anger?

But we can come out of the shadows now and vote for the ultimate survivor, Hillary Clinton. On Tuesday, Nov. 8, we can reward her smarts and grit by making her the next president of the United States. As POTUS, she can turn us from a nation of women who love too much into women who lead — a pantsuit nation.

This is about more than backing the Democrats’ first female candidate. Hillary, a proven warrior, is supremely skilled in wrangling the cheating, powerful White men who dominate America’s government and economy.

How Hillary handles the cheaters

We live in a country where a woman makes only 80 cents for every dollar earned by a man. While this is unacceptable for any woman, think of the exhausted working moms who today, are either the main or only breadwinners in 40% of all American households.

Women are also subject to man-made laws that control our bodies. Republican candidate Donald Trump approves of this situation. In fact, he says women should be punished for their abortions.

Donald, who only praises young, female fashion model-types as beautiful, offers us a frightening future. Remember what he said about the middle-aged People magazine reporter, after she wrote that he had sexually assaulted her years ago? His response was, “Look at her….I don’t think so.”

Every day, she puts on a fresh pantsuit to do battle with Donald. She is out there defending us against this world-class media manipulator who cheated who on his first wife and talks trash about women. By the way, a new story suggests that he cheated on his third and current wife, too. Even though we’ve never heard of Hillary cheating on anybody, Donald also views her as corrupt for staying married to Bill Clinton, who had an affair while he was president.

I marvel at Hillary’s ability to fight for her identity while she’s sandwiched between these two larger-than-life men. Bill and Donald are big, big personalities. I know, because I’ve interviewed them both back in the ’90s, when I was a New York Daily News columnist.

During a sit-down with our editorial board, Bill was funny, charming and laser sharp. As for Donald, who I talked to on his yacht, on the phone and in his office, he craved press coverage from Day 1. The spotlight is his addiction, his drug.

Hillary juggles these two guys and more. At FBI headquarters, they’re going after her again because of her closest aide, Huma Abedin. Before Huma who finally separated from sexaholic husband Anthony Weiner, she used his laptop to send her own work-related emails.

Then, FBI boss James Comey zeroed in on those emails in a new, last-minute pre-election investigation that just ended and came up with nothing. This makes Comey yet another kind of cheater, a powerful White man who would cheat Hillary and the nation out of a fair election. I’ll bet Comey would’ve treated her very differently if Hillary had been a M-A-N.

She suffers because she is a woman — even though, as President Obama has said, she’s more prepared than anyone to be our next POTUS. Unlike the flashing cheaters who surround her, our former U.S. Secretary of State (2009-2013) is more of a socially awkward nerd with a brain for policy issues. Plus, she’s been First Lady (1993-2001); she already has first-hand, insider knowledge of the White House.

Hillary Clinton is the only person on the planet with those kind of credentials.

Hillary’s critics: do they have a point?

Still, I understand the critics. When Hillary ran for the U.S. Senate in New York  (2001-2009), I voted for her with zero enthusiasm. Why did she stay married to Bill and do the Loyal Wife victim thing instead of beating him up in public? She seemed rather frosty, which bothered me too. Then again, very few of us feel like chatting when we’re recovering from a cheating relationship that’s ripping out our guts. Looking back, I think her struggle hit too close to home. She reminded me that love life sorrow can infect my entire life.

Over the years, I’ve learned a lot from my mistakes. Hillary has too. Even so, the media still describes Hillary, who I’ve never met, as “insular” and “lacking in transparency.” There’s people who still call her untrustworthy. Personally, I agree she’s not captivating like the cheaters around her. But what are her faults when Donald Trump keeps his tax returs a secret, says whatever pops into his head and relies on his children as his closest advisors?

Maybe it’s time to simply accept that hardworking Hillary offers us something other than the glam of a cheater’s charisma. She’s a stubborn student of life who sometimes chooses poorly. But she learns and keeps fighting. Her determination rescued her from being a victim. Her willingness to chase her political dream inspires me to deal with the biggest cheater in my life: me.

Why I embraced cheating

Deep inside where only I can see, I’ve struggled with feeling like a second-class citizen. My sense of unworthiness has been passed down for generations. My mother used to say that “having a man is a prestige.” She stayed married and supported us in her job as a chemist while my under-achieving dad cheated on her.

Her mother taught her that women are destined to suffer. In China, her mom — my grandma — was married to a man who had a mistress and a love-child. The wife, the mistress and their children all lived together under one roof. These mistresses, known as concubines, symbolized a man’s machismo and wealth.

Letting go of these destructive values took tons of work. Thankfully, I’ve been able to sort things out on my own, in my own time. My privacy has been a privilege, which makes me appreciate Hillary’s sacrifice all the more. As a public servant, she has no privacy. She lived out the aftermath of her husband’s affair in headlines. How many of us could do that?

Why I’m voting for Hillary

In this election, we go to the polls in a historic U.S. moment. We are the most diverse voting population ever, according to researchers.

I am proud to be counted among these statistics as an Asian American, single working mom, from a Chinese immigrant family, with a multiracial Millennial daughter. I am also a woman who has learned to stop cheating on herself.

Now, I want Hillary to win so that she can take the nation to the next level. So for the first time in my life, I’ve volunteered to help a politician. That was me, talking to voters in Philadelphia, calling registered Florida Democrats, and writing a check to Hillary’s campaign. This is her shot to change the script for all of us.

The women who love too much can learn to love more wisely, more powerfully. Let’s give Hillary a chance to show us the way.

I hope you’ll share this post with anyone sitting on the fence about Hillary! And if you have thoughts about the elections, Hillary, relationships or anything, let’s chat below.  :)