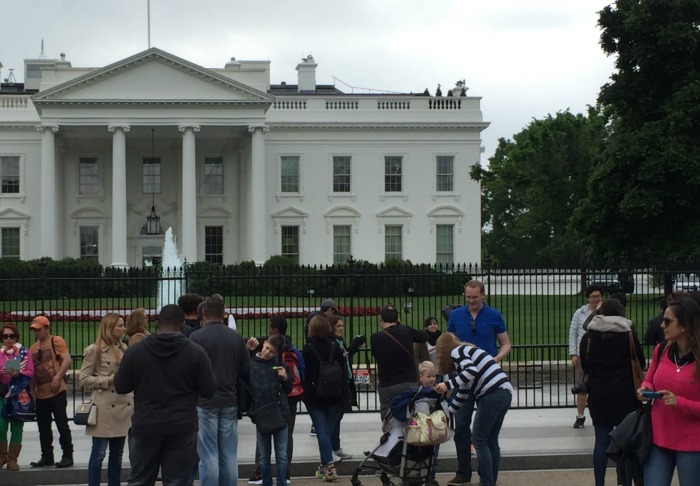 The Secret Service guy behind the glass window looked at my driver’s license, scanned his computer screen and shook his head. “You’re not on the list,” he said. What happened next made me feel like an idiot, a has-been, an old lady. But then, I pulled myself together. Along the way, I’ve learned a few things about aging gracefully — and maybe, dynamically.

What is APA Heritage month

May 4th. The day of my humiliation in the nation’s capitol. It began on an exciting note. I was in Washington, D.C. to celebrate Asian Pacific American Heritage Month at my first-ever White House-sponsored event!

The month is a big deal. Unlike bogus calendar items like National Crepe Suzette Day, APA Heritage Month took an act of Congress. Advocates spent 13 years pushing for a vote.

Finally, in 1990, our elected officials passed a resolution that made May special. Similar to the way February is Black History Month, May brings a celebration of Americans and families who hail from Asia and the Pacific Islands.

How did I get so old?

Like most Baby Boomers (now aged 51-69) I have fond memories of the ’90s, when I was young and gorgeous like today’s Millennials (now aged 18-34). I vividly recall APA Heritage month, circa 1990. Back then, I was part of a fledgling, Asian American squad that took down one of the biggest White boys in New York media.

The inciting, anti-Asian incident happened exactly 26 years to the day of my recent trip to the White House. On May 4, 1990, newbie New York Newsday reporter Ji-Yeon Mary Yuha emailed her esteemed colleague Jimmy Breslin. She told him she found one of his columns sexist. Breslin, a Pulitzer Prize-winning liberal, responded by screaming insults. In front of the entire newsroom, he called her “slant-eyed,” “yellow cur” and worse.

Breslin’s shocking behavior demanded action. We were the three-year-old New York chapter of the Asian American Journalists Association. But we felt small in a profession where Whites had might. Long story short, we hatched a protest, with me at a competing newspaper, hammering away with stories of the unfolding protest. Our David vs. Goliath moment led to Breslin’s two-week suspension.

There’s more to the story, which deserves a separate blog post. Or maybe, even a book. Or maybe, a movie starring Constance Wu, Lucy Liu, Sandra Oh, Daniel Dae Kim and Randall Park.

But I digress. My only point is that the true meaning of APA Heritage Month runs in my blood and body memory. After 1990, many moons and Mays passed where I’d note the annual APA heritage festivals with an oh-that’s-nice before moving on with my life.

Then, came this year’s invite to attend a White House-sponsored panel celebrating “Champions of Change.”

Even though I arrived half an hour early for the 2 p.m. event, tons of people already waited on line ahead of me. By the time I handed over my driver’s license, it was a few minutes past 2. Not good. Being late meant my Secret Service clearance had expired. I had no idea!

A young Black man standing nearby watched me get kicked off the line. Me, in my fabulously striped pants, melon-colored silk shirt and cute, black booties. Maybe he was a White House intern. He looked barely past his teens. For sure, his smirk had very high school impact. I suddenly felt like a frumpy dork.

“Too many rookies,” he mumbled, just loud enough for me to hear.

That did it. His remark snapped me out of my shame. I did a 90 degrees, in both body and soul, turning to him with my sweetest, take-no-prisoners smile.

“Well, we all have to start somewhere,” I said. After a startled second, the young man grinned. Gotcha.

My college students, who come in all colors, are familiar with my Chinese Mommy persona. I can be sweet and sour and spicy, all at once. I learned from the best, my own mother. And like a true Chinese mom, my young charges know that I have only the best intentions.   :)

So there I was, still sidelined outside the imposing Eisenhower Executive Office Building. But, with dignity restored.

Right on cue, an iPad-armed aide introduced herself and resubmitted my paperwork. Forty minutes later, I was in.

Then, onto my moment of tardy glory. I walked the halls of the federal office building next door to the White House. In the auditorium, I joined the celebration for 10 millennial-ish Asian American and Pacific Islanders. They had  been named 2016’s “champions of change.”

Attractive, articulate and often funny, they represented the community’s most notable up-and-coming artists. To learn more about them, click here. (They were chosen very democratically — via write-ins from the general public. Remember that, if you ever want to nominate someone in future contests.)

During this small gathering of about 150 of the champions’ nearest and dearest, the award winners dazzled me with their diversity. They included immigrants, like Selu Alofipo, who came from Samoa as a kid, graduated from Louisana Tech University on a football scholarship, before becoming a self-taught artist.

There was Fawzia Mirza — Pakistani, Muslim, lesbian — a former lawyer who is now an actor and producer. Her first movie, “Signature Move,” is about a Pakistani lesbian finding love as a wrestler. Maybe a little autobiographical?

Of course, all of us agreed with Jenny Yang, a stand-up comedian, who you might know from her eponymous Buzzfeed videos. A White House-sponsored event is not the same as being at the White House. But we’re just going to tell everyone that we were at a White House event, haha!

All the champions reflected brought up the same themes, which all resonated for me:

How to stay youthful & relevant

Asian Americans and Pacific Islanders are now the fastest growing racial group in the U.S., representing more than 30 different ethnic communities and countries. The panel discussion I attended was a mere sliver of all the substantive and fun activities going on right now.

Like the panel, the D.C. celebration is coordinated by the White House Initiative on Asian Americans and Pacific Islanders, the federal office that handles all things related to AAPI folks.

With my limited time, energy and financial resources, I can still participate from New York or anywhere by firing up my laptop. You can too join in too:

So here I sit, with my laptop and you, feeling really good about myself.

I’m ready to keep on growing. How about you?