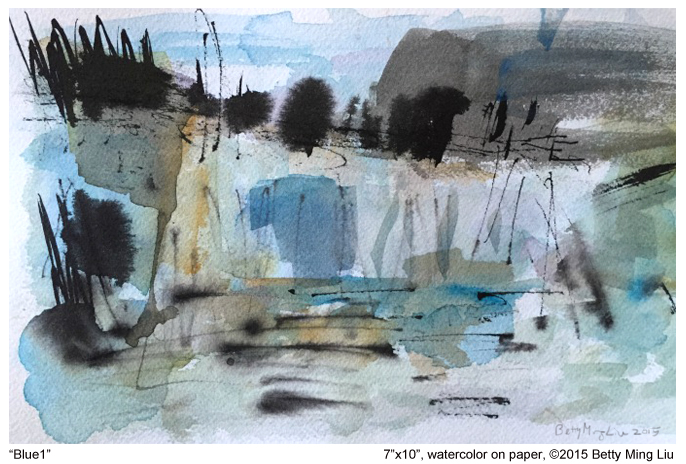 Until recently, I looked for inspiration in great work by great writers and artists. Do my best! Unleash my uniqueness! Be a star! But creativity’s flip side might be even more helpful. In reality, geniuses fail to be genius all the time. If anything, they spend most of their lives churning out stuff that’s forgettable.

This is true whether we’re talking about Maya Angelou or Mozart — or contemporary types like “black-ish” creator Kenya Barris. The aha! moment for me is understanding that the genius work that I admire most represents only a sliver of each artist’s total output.

Geniuses are only genius once in a while

For instance, Angelou’s “Still I Rise” can make me weep. But not so much with most of her 165 other poems. Her famed “I Know When the Caged Bird Sings” blew me away with its story of her troubled girlhood. But how many of us realize that she wrote six other autobiographies?

As for Mozart and other classical music legends:

Adam Grant, an outside-the-box thinker and author, gathers these stats and much more in “Originals: How Non-Conformists Move the World.” So far, I’m only a few chapters in. And despite some reservations (more on that later), Grant is already helping me so much that it’s worth sharing from his Chapter 2.

Some of his fun facts:

From here, Grant goes for a myth-busting observation: “It’s widely assumed that there’s a tradeoff between quantity and quality — if you want to do better work, you have to do less of it — but quantity is the most predictable path to quality.”

Let me type that out again: QUANTITY IS THE MOST PREDICTABLE PATH TO QUALITY.

How to be more original & creative

I laughed over one paper he shares, which cites the importance of “kissing frogs.” As a single woman who survived years of dating frogs before finding a prince, I get the point. True originality involves perseverance.  :)

Is the “Originals” book truly original?

Grant weaves tons of research throughout his storytelling. While I love his approach, most of his book is about White folks, with more examples of White men than anyone else. Of course, if studies are important to his method, we are dealing with the reality that in this country, scholars on the White experience dominate, especially those who focus on the straight White guy perspective.

To balance the picture, the book includes lessons from the lives of historic Black figures. In addition to mention of Maya Angelou in Chapter 2, Jackie Robinson, Rosa Parks and Chris Rock make guest appearances in Chapter 6.

For more diversity, Chapter 3 offers an in-depth, fascinating look at retired CIA crimefighter Carmen Medina, who is Puerto Rican. As for Asian Americans, the closest I came to seeing myself is the mention of Gandhi’s name on a page somewhere. There’s also a passage about issues facing women in the workplace.

It’s possible that much of the stuff that interests Grant might be color blind. For instance, check out his TED Talk, “The surprising habits of original thinkers.”  He makes the interesting case that the browser you’re using right now to read this post says something about your success rate as an employee. Maybe race and gender are irrelevant.

There’s also Grant’s New York Times opinion piece, “How to Raise a Creative Child.” In it, he explains why we don’t want to raise child prodigies (they follow the rules, and rarely change the world). He also points out that parents of ordinary kids impose an average of six rules while parents of super-creative kids usually held their little ones to an average of less than one rule. These observations might be color-blind too, I dunno.

What I DO know is that Grant’s material is useful. I showed the TED Talk in my communications class at Westchester Community College. I also discussed the Times article and read a section from the book. My students, who come in every color of the rainbow, were mostly inspired. Only one or two said they found Grant “too white” to be relatable.

On balance, all of us (including me) felt better about not being child prodigies. At least one of the several single moms in my class went on to read the Times piece on her own. The message that we can achieve our potential as originals became a running theme for us during the semester.

Now that I’m exploring this issue of originality, I see signs of it everywhere. Do you read The New Yorker? I was riveted by the April 25 profile of Kenya Barris. He created “black-ish,” the breakthrough ABC family sitcom about an upscale Obama-era Black family. The semi-autobiographical weekly show represents his success after many years of toiling in television.

Consider this observation from The New Yorker article: “Barris wrote pilot after pilot, trying to crack the formula that would put him in charge. ‘Black-ish’ was his nineteenth attempt. Three got produced but didn’t make it to air.”

The number NINETEEN jumped out at me. Oh. My. Goodness. This is what it takes to be original.

Now, I’m looking for more examples of originality in our diverse world. A more diverse picture would inspire me more. So if you have stories to share about your experiences or can link us to information about other original experiences, please comment!