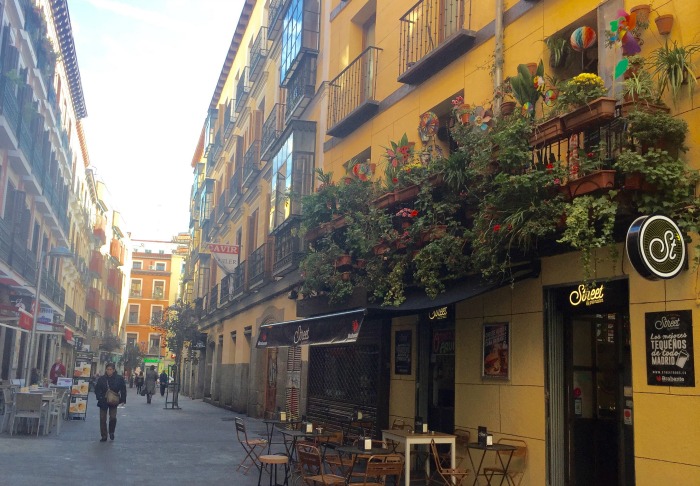 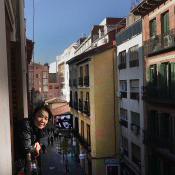 Last November, a 10-day vacation in Madrid made me a fan for life. The city was so welcoming and filled with surprises. The art, the cultural immersion — I was totally enchanted. I also learned a few things about the immigrant experience. Here are some of my favorite photos from the trip.

To be honest, visiting Spain was never on my radar. But my daughter was doing a semester abroad in Europe, giving me a great reason to grab my boyfriend and take off for some international sightseeing.

Madrid is geographically and culturally at the center of Spain. It’s also been the country’s capital since the mid-1500s. Today, it’s a modern, friendly, relatively safe city with gorgeous art and architecture, great public transportation and restaurants galore.

#1 Madrid is a walking city

This city turned me into a walking machine. We toured the Royal Palace, which is modeled after the Versailles in France. We strolled through cobblestoned plazas, ancient churches and Retiro Park. We also tolerated the visual blight of American fast-food restaurants like KFC and Burger King — an unfortunate example of mixing the old and the new. 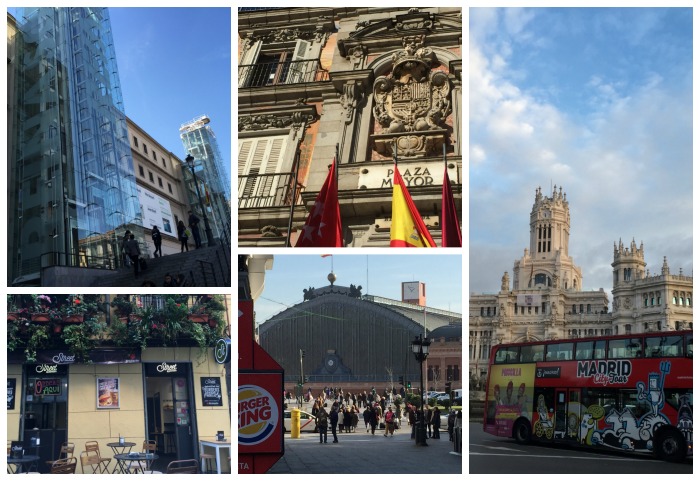 The city has so many museums; we only got around to hitting two of the top spots. The Prado, which contains more than 3,000 canvasses, educated me on European masters and Spanish artists like Francisco de Goya. For modern art, I really enjoyed the Reina Sofia; eyeballing Pablo Picasso’s masterpiece, “Guernica,” left me very emotional.

While Madrid is known for its pickpockets, violent crime is apparently rare. I was pleasantly surprised to see people out at all hours. At night, women walked around alone. Late into the evening, people of all ages — gray-haired seniors, little kids — were on the Metro (their subway).

#2 People in Madrid love to hang out and eat

Spaniards are heavy-duty carnivores. The key word is jamón — thinly-sliced ham piled onto baguettes. Trying it once was enough for me. Thankfully, there were plenty of other options. For seafood, options ranged from paellas packed with shellfish and sausage to grilled fish, sushi and steamed crabs. One night, I tried a type of barnacle, a rubbery, green, toe-like oddity. Not much flavor but interesting. 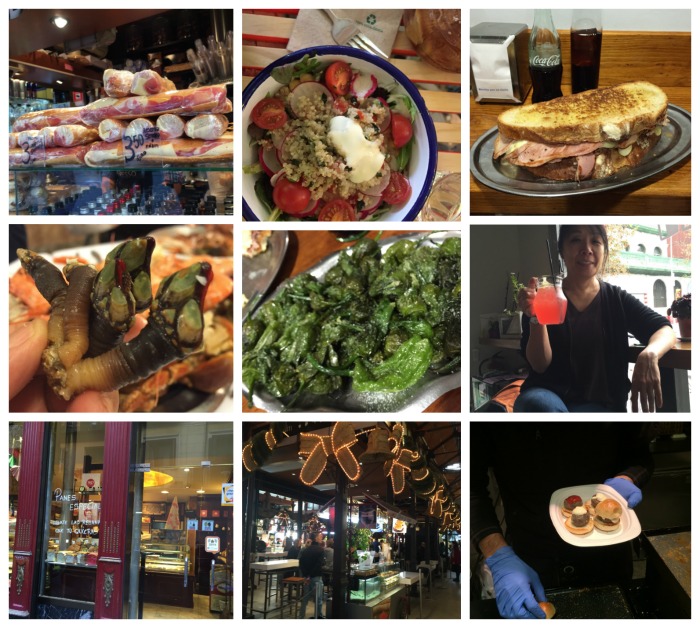 Madrid is also a very international, sophisticated eating city. Asian food was good. So were the vegetarian and vegan options. There’s great bread and bakeries. But since Spaniards have almost no interest in vegetables, I was happy to shop at the mercados — markets brimming with stalls that sold prepared foods, fresh fish and produce.

In Madrid, Airbnb did right by us. We were in Chueca, a gay nabe packed with cafés, bars, bakeries and cute boutiques. I took such pleasure unlocking the big, heavy wooden front door to our little walk-up apartment building. Our funky, art-filled one-bedroom featured windows with French doors that opened onto a lively street scene below.

Every few days, we’d shop at the local mercado. Cooking in our adorable little kitchen, I made the dark, leafy greens that are impossible to get while dining out in Spain. A delicious quinoa salad at the eatery across the street became a favorite afternoon snack. With Spanish dictionary in hand, I even figured out how to get my boots resoled at the shoe repair store down the block. I felt like I lived in Madrid — and loved it. 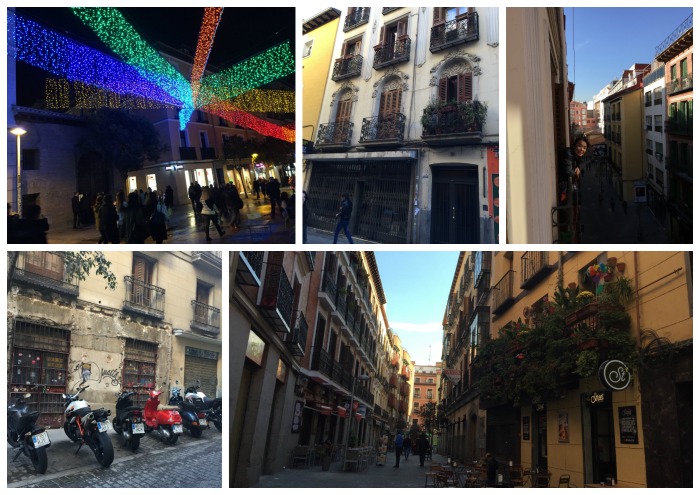 Madrid is smack in the middle of Spain. Taking off by car, train or plane was super-convenient.

Of course, we had to see Barcelona, which was a $75 round-trip flight from Madrid to the eastern coast. While I loved visiting Spain’s second largest city, I didn’t love the city itself. Of course, the architecture by Modernist Antoni Gaudí (1852-1926) astounded me with its humor, fantastic mosaic tiling and attention to detail. We visited the church he built, Sagrada Familia, and Park Güell. But with its huge crowds, Barcelona felt too touristy. And, our Airbnb here was crap (not clean, lacked towels, poorly-maintained kitchen, etc.). 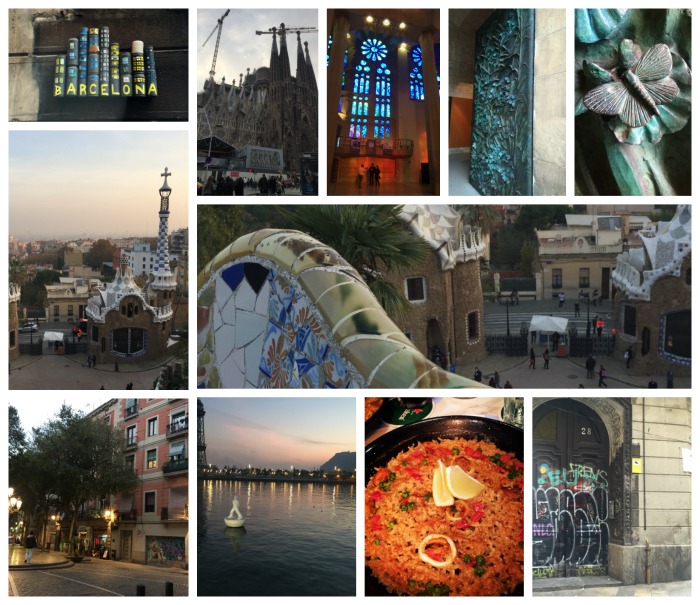 But on the bright side, being in Barcelona gave us our favorite field trip. One morning, we drove nearly three hours north of Barcelona to the home of the painter Salvador Dali in Cadaqués. On the other side of the mountains along the coast, we found ourselves in a dreamy, color-saturated fishing village. I could see why this place was once an artists’ colony that attracted the likes of Henri Matisse, René Magritte, Picasso — and Dali. His house, like his art, is crazy, beautiful and clever, all at the same time. He had a huge indoor art studio. The gardens featured all sorts of interesting sculptures and were designed for hosting parties. 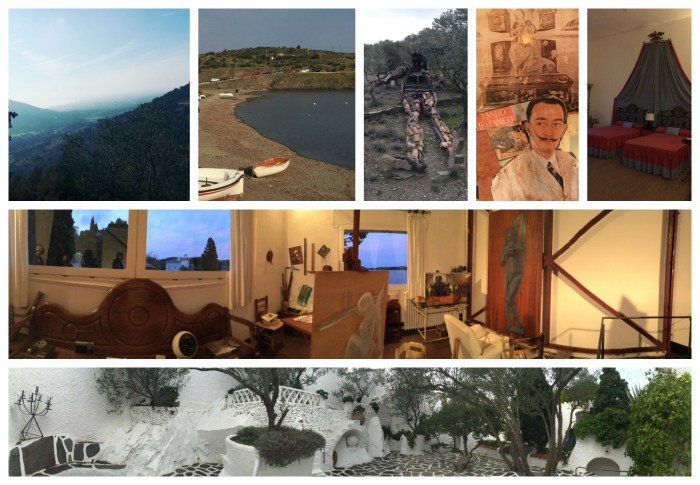 We also made a 50-mile drive north to Segovia. This quiet, historic city is famous for its nine-mile, 2,000-year-old arched aqueduct. It was built by the Romans, who used it to transport water. The gothic catherdral in town dates back to the 1500s. I’d never been to such an old European city before. While this was a low-key excursion, it was worth the effort because medieval history finally came alive for me. 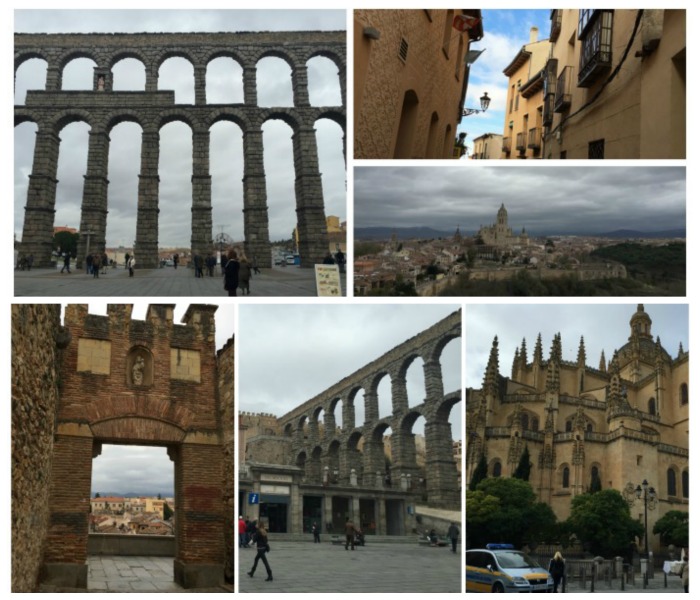 The most expensive part of visiting Madrid was getting there. A round-trip ticket from New York in late November set me back $763.98. The wonderful Airbnb in Madrid cost $71 per night. While the city offers incredible, top-tier restaurants, we mostly dined on the cheap at the plentiful cafés and little local spots. At most, meals ran us $15-$25 per person.

And, a bonus benefit of visiting Madrid

Madrid gave me a precious parting gift: insight on the immigrant experience. Never before had I stayed this long (10 days!) in a country where I did NOT speak the language at all.

The inability to read and speak Spanish made me fearful of venturing out alone on the Metro. It was impossible to talk to the interesting, friendly people around me…Did my parents go through this when they came to America?Is this what being an immigrant feels like?

I thought about this a lot in Madrid, where I was completely dependent on my Spanish-speaking daughter to translate for me and lead me around. She took on the role commonly referred to in immigrant families as the “culture broker.” It added a dimension to our relationship and made me proud of her abilities. But I also hated being helpless!

With this added tourism bonus, Madrid now occupies a very special place in my heart. Even though I’m terrible at foreign languages (you do NOT want to hear me butcher Chinese or French), I’ve grown from the entire experience of cultural immersion. I  hope to visit again some day.