Now I know why my friends who move to California never come back. The sights, the scenes, the food! Of course, the Golden State is also quite expensive. But good buddies who live there made the trip both affordable and memorable.

In September, my bf and I spent five days in the San Francisco Bay Area. Proud to say we stuck to budget and still had fun. Our go-to roadway was California State Route 1, better known as Pacific Coast Highway. It meanders along some of the prettiest ocean views.

We rented a car and drove north to Point Reyes:

Then we went as far south as Santa Cruz:

The vacation cost $200 per person per day — including food, lodging, entertainment, airfare and the car. We started off with a $400 airline voucher my bf had gotten a while back. (He received it months ago in exchange for giving up his seat on an overbooked flight.)

From here, we crashed with friends who had lovely spare bedrooms and guest bathrooms. Plus, they all offered terrific tips for where to go and what to do. We are especially grateful to the tourist tips from Lia and Helen. Thank you, love you!

After we landed San Francisco, we drove straight up through some hippie towns to the gorgeous zen gardens of Osmosis Day Spa Sanctuary in Freestone. Here, we got naked together for a hot cedar “soak.”

The soak was weird because it didn’t involve water. Instead, we found ourselves up to our necks in a huge tub of glorified cedar mulch. The shredded bark was toasty warm because it was composting. We sat buried together in the tub for half an hour. Then, to our relief, it was onto the more conventional pleasures of a good deep tissue massage. (Cost for the package: $249 per person with an Osmosis coupon.)

That evening, we stayed at the recently renovated Cottages at Point Reyes, a cozy place between the Tomales Bay and the seashore. While it can sell out on weekends, the weekdays are quiet. We were able to grab a Wednesday overnight for $179, including a quick soak in the hot tub — the kind with real water in it!

From here, we wandered along the coast. At the Tomales Bay Oyster Company, we learned to shuck oysters. They’re locally-farmed and sold for $20 per dozen.

In Oakland, we went to a Diana Ross concert at the beautifully restored Paramount Theater. What a gem. I would’ve paid to just sit and look at the stage. By the way, until we bought the $99-a-seat tickets, I didn’t realize DR was still alive. But she still sounds pretty strong. 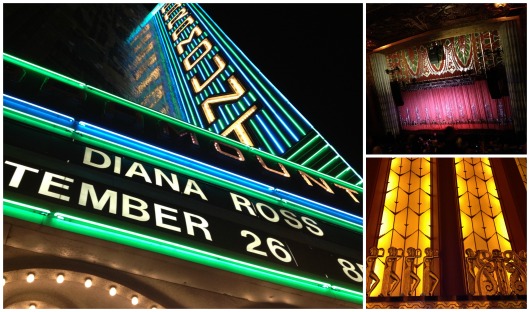 I had to check out Chinatown. It’s bigger, grittier and more touristy than my New York City Chinatown. San Francisco’s C-town also has more older buildings that feel connected to the past. I like that. 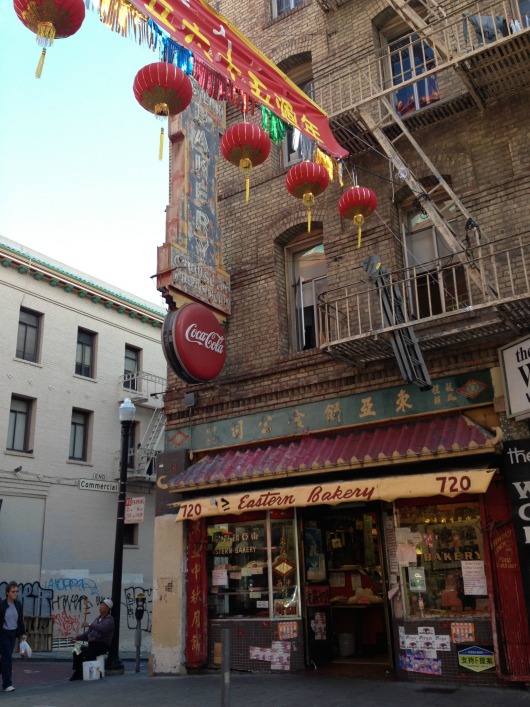 While I wanted to compare the Asian cuisine to what we get in New York, we didn’t have a single meal in Chinatown. The traffic and parking were such a pain. Besides, we simply had too many other choices for eats.

We found incredible food everywhere. Our friends took us to Great China in Berkeley, which is said to be the best northern Chinese restaurant in the Bay area. I won’t argue with them. Yum.

If you want to read more about the restaurants we sampled, check out my Yelp reviews.

I hated to leave because I don’t know when I’ll visit California again. Exploring new places and ideas with good friends was such a treat.

I even found one last entertainment moment at the airport. 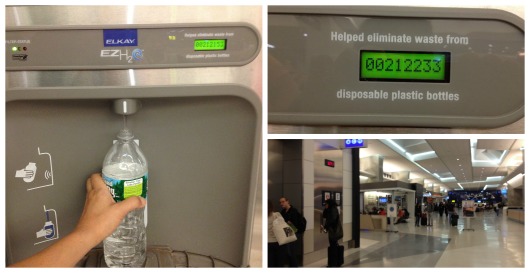 The water refill fountain at the airport was cute. Just had to use it.

And then, it was time to board our flight. Back to New York. With a big smile filling my soul.   :)