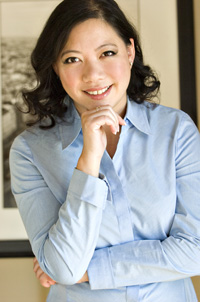 As you all know, I’ve been in therapy for years and it’s been great. This post airs some of the general — as well as ethnicity-specific — issues that I’ve struggled with. If you’ve been thinking about getting help, hopefully the interview below with Dr. Michi Fu will get you off the fence.

Michi’s specialty covers the complex spectrum of mental health concerns for Asian-Americans, now the fastest growing race in the United States. According to the 2010 Census, 5.6 percent of the U.S. population is of Asian heritage, an increase of 45.5 percent in the last decade — an expansion to 17.32 million from 11.9 million in 2000.  Much of the growth is due to immigration.

The mental health problems facing the community are deep and dire. The challenges include intense pressure to be successful that are brought on by the model minority stereotype as well as the reality of parental tough love.

The combination of issues have led to some of the most alarming suicide rates in the nation. Women 65 and older who identify as API — Asian and/or Pacific Islander — have the highest suicide rate in the country (8.5 percent in 1990), according to the Center for Disease Control. In other data compiled by researchers, suicide is the second leading cause of death for Asian-Americans between the ages of 15 and 34.

Those in need include an expanding population of many, many Asian immigrant moms and dads along with their American-born and raised children. For most, therapy takes a back seat to grappling with such basic struggles as finding jobs, learning English and paying the rent. Families that do have health insurance often find that their policies do not cover mental health care.

Since tiger parenting is one of my pet peeves, I am also personally fascinated by Michi’s thoughts on Confucianism, a philosophy and school of moral thinking that dominated China and neighboring Asian countries for centuries. Confucius, who lived in the 5th century, preached respect for elders and filial piety, which requires children to obey their parents for the collective family good at the expense of individual happiness. More on that below.

As for Michi, she is California’s Statewide Prevention Projects director of Pacific Clinics, an associate professor of the Clinical PhD program at Alliant International University and board member for the Asian American Journal of Psychology. Michi, who speaks fluent Taiwanese and Mandarin, also manages to find the time to run a private practice in the L.A. suburbs, where she was born and raised.  To connect Michi, she can be reached through her PsychologyToday.com profile. She also blogs for Asian American Psychology. Of course, she’s on Twitter too: @DrMichiFu.

Many thanks to Michi for making time in her busy schedule to answer my questions through a series of interviews. We both hope you will find value in our Q&A and share it with others.

Q: What are the major and/or unique mental health issues in the Asian-American community?

A: There are immigration issues and issues of being perceived as a forever foreigner. I experienced this myself as the American-born daughter of Taiwanese immigrants. Growing up in Southern California, there was no bicultural parenting manual out there. It led to a lot of strife on every level, starting with very simple daily challenges. Why can’t we have pot roast? Why is it always rice?

Depression is a hidden issue because it’s often somaticized, meaning, you’ll say you have a stomach issue but the doctor won’t operate because the issue is really mental health.

If any of your readers want to learn more about the issues in detail, there’s an excellent study, “The Asian Pacific Islander Population Report: In Our Own Words.” It was published in 2012 by the state of California and reflects a tremendous community outreach effort.

Q: How would you describe the general Asian-American attitude toward therapy?

A: Unfortunately, there’s still a stigma to seeking help. Discrimination also serves as a barrier. For a new patient to seek therapy usually requires getting the person to think about how to live in harmony with others, which is a high priority in a collectivistic society.

Asians are collectivistic, which means you don’t want to burden the rest of society with your problems because you don’t want people talking about you. It’s all about your value system — how Asian-identified are you? To answer that, would mean looking at what you relate to in terms of the four basic levels of acculturation to American society.

The lowest level of acculturation is assimilation, which means you are white-washed and don’t remember anything of your culture; the second and third generations play around with that more. The next level is marginalization, where you feel that both American culture and your ethnic culture suck and you don’t associate with either. The third level is the bicultural person, who embraces both cultures; you’re the person who serves pot roast and sticky rice and everyone gets it! Then we have the fourth level, where you create your own culture.

Right now, I’m involved in a project that is focusing on how to eliminate barriers to people seeking services. There might be practical barriers like needing a driver’s license. There are also cultural barriers, such as the need to save face. Many adults feel embarrassed or ashamed to be seeking help. I have had cases among immigrant families where seeking mental health care is viewed as bringing a possible stigma to the family that could negatively impact the marriage opportunities for the children.  So in these cases, we need to present an acceptable reason for starting therapy, such as opportunity to improve academically or apply for a new job.

A: Today, there is definitely more diversity among professionals, more practioners of color. But there is still a long way to go to in developing our workforce. I don’t think it’s essential for an Asian-American professional to treat an Asian-American patient. For patients, finding a therapist to work with depends on the client’s preference and therapist’s level of awareness. But can any therapist of any race work with any patient of any race? Not necessarily. A lot depends on the level of awareness and openness of the therapist.

Q: Are Confucian cultural values the source of any mental health and emotional issues?

A: Confucianism might contribute to some problems because it teaches you to accept fate in life. For example, a female woman might not leave her abusive male partner. Even if there is despite intimate partner violence, she will feel compelled to stay due to the Confucian Law of Three Obediences, which states that a woman is to obey her father, her husband and her eldest son. But the legacy of Confucius can’t be blamed for other issues such as depression or anxiety.

Confucianism may have been developed as a practical way of living. The idea of listening to men might have made sense in a society where a woman wasn’t working or contributing to finances. But women have to renegotiate their power today.

The men suffer too. Confucianism makes it hard for men to stand up and say what they need because they’re supposed to be pillars. So we have to re-examine gender roles. Men and women have equal needs but women usually come in crying and men want to break things.

Q: What do you find yourself repeating to patients over and over again?

We can never make assumptions. Being “good” might mean one thing to a child and something else to the parent. What does it mean to love? In some homes, kids get to hug their parents. In others, the message from parents is, we don’t touch each other here. In those homes, to provide nutrition and  place for the child to live, that’s love. I also see a lot of interracial couples. The men, who are usually not Asian, will say, “I need physical affection.” But the women, who are usually Asian, want to see their partners show consideration for the woman’s parents.

“How to choose a good shrink.”