The war is over. Even though my father was a tyrant who made me miserable, I’ve fought hard to reclaim my life and get to happiness. So after all the years of weeping and blowing my nose at the shrink’s office, letting go is possible. This Sunday, I will celebrate. Finally.

To be honest, part of me can’t believe I just typed those words. But what a relief! This moment has been a long time coming. My father died 37 years ago when I was 19 and he was 70. It was 1976 and we had reached a tense truce in our constant arguing. To cope, I was a few weeks into a new tactic: Instead of talking back, I shut up and silently obeyed his orders. After all, I lived under his roof and had no money or means to survive on my own. (Or at least, that’s how I viewed the situation.)

It was soul-killing to be in college and have Dad insist on choosing my courses (heavy on business and economics, no English lit or art). By ceasing my back-talk, I sat through his lectures until he stopped and I could go to my room. Who knows how long I could’ve endured under this new strategy — probably not long. Still, I’m forever glad that I submitted because when he suddenly died one morning of a heart attack, my conscious was clear. No guilt about angry, unresolved episodes. There was enough closure to start the process of letting go.

By my 30s, I found my way to a shrink’s office. Thank God for therapy! When Dad died, I barely cried. But more than a decade after his death, I was at last in a safe place to mourn our relationship. The trouble between us started once I was able to hold a crayon and started drawing. Dad was mortified that I was expressing myself as a lefty, a sign of bad luck. With that, he went on a mission to change my handedness, which bewildered me with his sudden frowning and yelling. Ultimately, he crushed me into being a righty in most tasks. Yet, I am lefty in my heart of hearts. I write, draw and paint with my left hand.

Getting through the fury has made it possible to mourn lost moments with quiet tenderness. Dad wasn’t around to meet the boyfriend who became my husband (even though Mom said it would’ve killed him to see me marry a black man). My father never kissed his granddaughter or saw me through the divorce. As a man who read English-language and Chinese newspapers every day of his life, I’ve often wondered what he would’ve thought about me becoming a journalist. Once or twice, I remember watching him doodle cartoon-y sketches; maybe that’s where I get it from…

The other night, I was looking at some of my baby pictures. The early photos tell the story of a head-over-heels-in-love relationship. Although, in looking more closely, the signs of trouble ahead were already there. Check out the shot on the far right. Even then, Dad had me on a leash, haha.

I can laugh! That’s progress. These photos remind me of the best times with Dad. I might be old now but I can still remember being a toddler in his arms. When he held me, I was safe. Of course, everything that happened since those earliest days left me on a endless quest for a man who could offer safe arms. Then again, Dad himself spent most of his life looking for someone to hug him too.

After all, Mom and Dad both came to this country with  big dreams. They ended up in a suffocating marriage that had them sleeping in separate rooms. With their constant fighting, they couldn’t turn to each other. Instead, they leaned on their kids to fulfill them. As the first-born (I have a younger sister), I was supposed to be the piano-playing medical doctor or, at least, become an accountant like my father. Not!

By the time Mom died in 2011 at age 92, she was in such a state of dementia that she couldn’t remember what Dad looked like. At the very end, she asked me if she had ever been married. Well, like my mother, I have forgotten a lot, too. When is Dad’s birthday? How tall was he? Did he even have a favorite color? I don’t know, I don’t know!

Lately, I’ve been glad that, no matter what, at least I knew him in a good way for at least a little while. There are, sadly, too many of us that grow up without a father in the house (including Dad, who was a young boy when his own father died). Around the world, about 15.9 percent of children live in single-parent households, more often than not, headed by women, according to a recent New York Times article. In the U.S., the percentage is much higher: 25.8 percent. 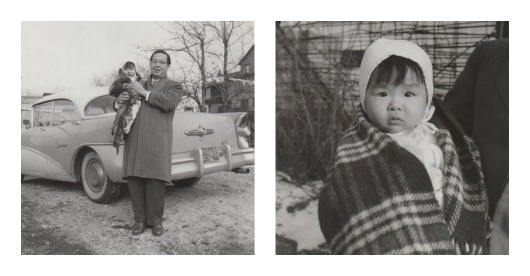 Oh, well. You know what I say now? The real power in celebrating Father’s Day is knowing that I can — and must — nurture myself. I have benefited from the love of many other good men in my life — my current shrink who offers such a helpful male perspective, good friends and colleagues that are men, guy teachers and professors who are mentors.

And all of that is the real reason to celebrate. Happy Father’s Day! xo