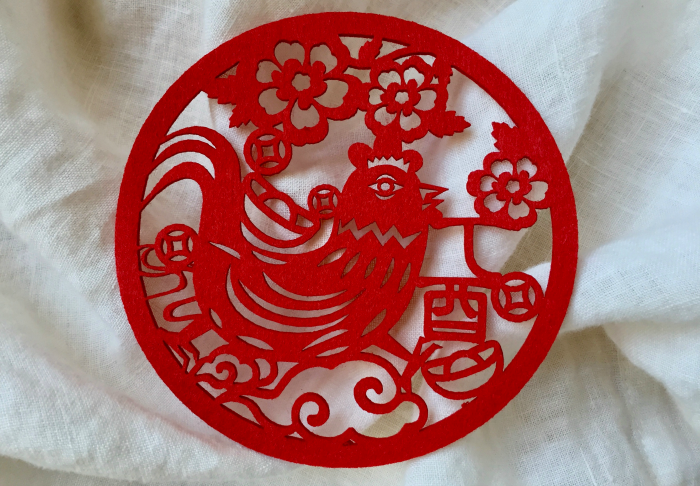 Note: I just updated this tip sheet for Chinese New Year 2017 — with specifics on how to celebrate the Lunar New Year holiday with a Chinese crowd. Hope you have a great time feasting and partying. xo

Grasshoppers, get ready for Year of the Rooster! This post is for anyone who is new to Chinese culture and wants some help navigating the social minefield. With these tips, you can relax, enjoy connecting, eat a lot — and have fun.

The big day is Saturday, Jan. 28, with parties during the week before and after. For starters, I never say “Chinese New Year” because that’s rude to Vietnamese and Korean folks, who will also celebrate the launch of the new lunar calendar.

But at the same time, each nationality has specific customs. The Chinese New Year is built around a 12-year cycle featuring the dozen animals in the Chinese zodiac: Rat, ox, tiger, rabbit, dragon, snake, horse, sheep or ram, monkey, rooster, dog and pig.

When it comes to Chinese-y stuff, I’m no expert and get by with the basics. Just remember this guiding principle: The Chinese are obsessed with food and money. What you do during Chinese New Year should bring good luck.

You’ll see how that plays out in the list below. To make sure this list is on track, I ran it by two friends, both elegant, party-hearty, hard-core Chinese New Year social divas. Now that I’ve been properly vetted, here we go….

How to be a good guest 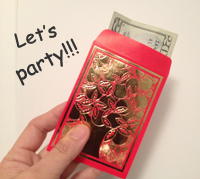 Keep it simple.  One of these two pals says that she likes to bring a tin of cookies as a safe Chinese New Year hostess gift. Sometimes, she’ll throw in a good bottle of cognac like Courvoisier (XO is appreciated) and maybe a traditional gift of some oranges. The number of oranges matter and we’ll get to that in a second.

The other friend, who has younger kids, said she brings only one thing to a dinner party: Red money envelopes filled with crisp bills. How much depends on how close you are to the kids. Some folks go to parties carrying a bunch of red envelopes, each with a new dollar bill in it; any kid they see at the event will get one.

Now let’s break down what’s happening with these Chinese New Year gifts. If you understand the thinking behind them, you will be able to punt in any situation.

Should you bring food?

Cookies are better than cake. Chinese folks tend to be lactose-intolerant. Traditional desserts tend to be less sweet than Western treats. They also tend to be more eggy-y than buttery and milky. So creamy desserts will not go over well with everyone.

Don’t bring Chinese food. What’s good enough or tasty to you might be viewed as sub-par to your hosts. In fact, I’ve rarely cooked for my Chinese relatives; don’t have the nerve! They won’t tell you that your food is inferior. But given that standard, food gifts are just too much work.

What about other Chinese New Year gifts?

Flowers are tricky. Yellow chrysanthemums are flowers of death. So no yellow blooms for happy occasions. To play it safe, I leave out white flowers too, because in the olden days, white robes were funeral gear. Old school folks will not appreciate cut flowers (such a waste of money!) and would probably prefer plants — greenery that lasts.

No blades, please.  A Chinese person would NOT give knives or scissors to another Chinese person. If you’re not Chinese, you might get away with it because your ignorance will be forgiven, especially if they’re really good knives.

Money is always on the money: The red envelope pictured in this post is the one gift that will always please your host and their kids. You can find them in Asian shops. In some Chinese-y neighborhoods, the banks often give out packets of them for free (the back of my envelope is imprinted with the “Citibank” logo). Cash gifts have a pecking order: Older folks give to younger ones. If you’re a kid or young adult, you are NOT expected to give money to your elders. Whip out those oranges or cookie tin instead.

Eight is the luckiest number. Bring eight oranges (not eight bottles of booze, haha). If you get an email from someone you’ve never met, chances are, if there’s an “8” or “88” in the address, you’re dealing with someone Chinese. Getting married on August, 8, 2008 was a big deal in the culture too. Double eights are doubly lucky.

Four is the unluckiest number. The word for “death” sounds like the word for the number “four.” So don’t give four of anything. To explain the impact, Kay, one of my blog readers who is white, gave me her permission to share her recent email to me. In it she shared what happened when her son married a Chinese woman:

“We reserved hotel rooms for the six of us the evening prior to their wedding. During the speaker car phone conversation on their drive to the hotel, when our son’s in-laws learned that the hotel room numbers began with the number four and that the rooms were on the fourth floor of the hotel, her parents were very unhappy with their room number. So, my husband told our son that we (my husband and I) would change their room before they arrived. When they arrived at the hotel later that night, they were pleased about their room reservation being changed to another floor in the hotel.”

And a word about weddings. A Chinese wedding is about making a prosperous union. That means bringing red envelopes or pretty cards filled with cash. Again, crisp new bills only. In the ancient days when I was a kid, $100 per guest was the norm. A few years ago, I went to one where my daughter and I gave a red envelope containing $350. At another one back then, the gift from us was $500. (And remember, don’t give $400!) What you want to do is at least cover the per-head cost of the wedding dinner.

When giving or receiving, use two hands. This is major! To share a business card, red envelope, book, bowl of soup or gift of any sort, holding out both of your hands is a sign that you are giving your full attention to the action. A sign of respect. Major courtesy points here.

New York City has three great institutions, each with different missions. Asia Society, founded in 1956 by John D. Rockeller 3rd, takes a global approach to arts and culture. The China Institute, founded in 1926 by Henry Luce, focuses on traditional culture. Then there’s Museum of Chinese in America. Unlike the first two groups, which were founded by rich white guys, this one was started in 1980 in Chinatown by the children of Chinese immigrants. Today, it is a national organization dedicated to archiving the history and experiences of U.S. residents of Chinese heritage (I served on the board for nine years).

So that’s my basic guide to giving gifts in Chinese circles. May you use it to enjoy great meals and good times with new friends and family.  If you have feedback and questions, the comment section below is waiting for you. Oh, and Happy Lunar New Year too. xo.