You never know what skills might be useful. And since I just had the crazy chance to witness a food-eating contest up close, here are tips on gorging to win.

The occasion was the 2011 NYC Dumpling Festival, held this past Saturday at Sara D. Roosevelt Park in Lower Manhattan. Some 3,000 people paid $20 apiece to sample an international menu of dumplings donated by eight local eateries. By day’s end, more than than $40,000 was raised to help Food Bank for New York City.

It was a lovely afternoon of wandering from party tent to party tent, feasting on everything from Hungarian goat cheese-and-arugula pierogi to Korean mandu. Then there was the contest challenge: How many whole wheat chicken-filled dumplings could you eat in two minutes? Here’s the answer:

As an awards presenter, I was able to hang out on stage and shoot this video. Watching the contestants’ stuff their faces was mesmerizing, gross and more fun that I could’ve ever imagined.

Later, a brief chat with chow champion Joe Menchetti — his seventh (!) consecutive win — resulted in this advice for excelling in the eating game: 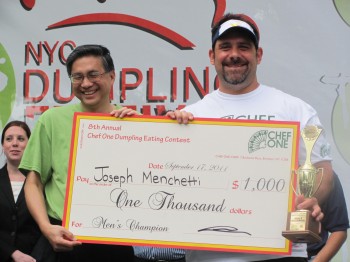 TMI Trading CEO Terry Tang hands Joe Menchetti his $1,000 first prize. The Brooklyn-based company, which sponsors the festival, makes Chef One frozen eggrolls, dumplings and buns. Its Tang’s natural dumplings, which were used in the contest, are sold at Whole Foods.

And now, a few last photos. 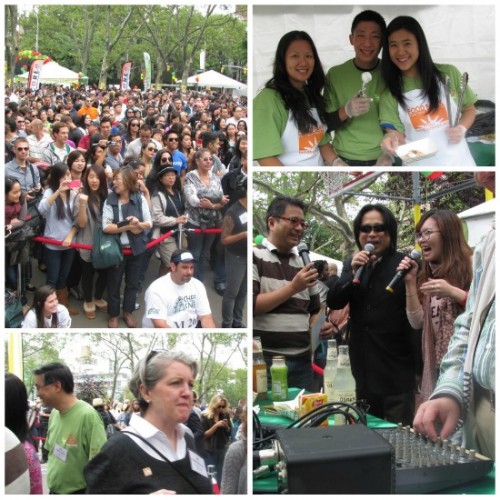 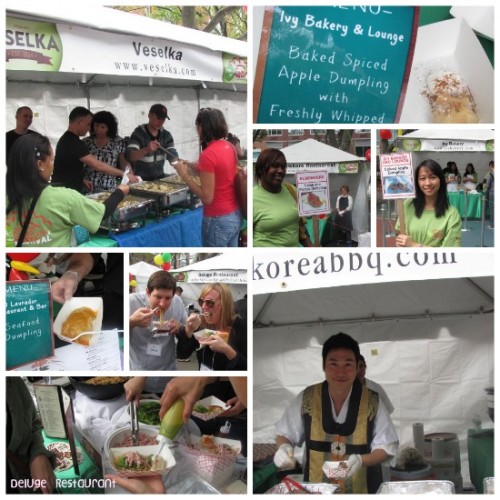 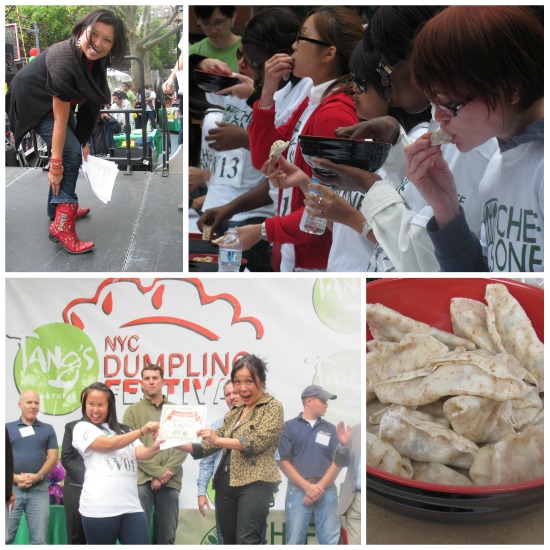 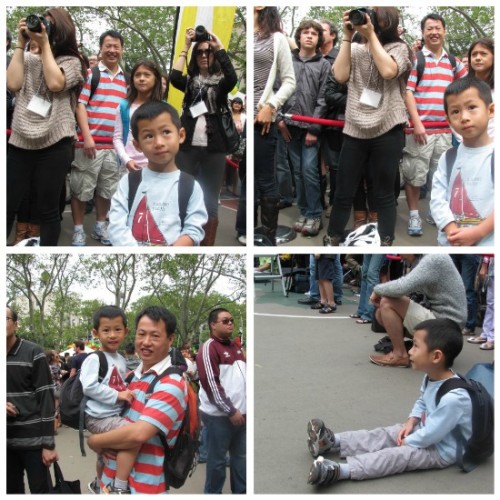 P.S. — A special thanks to my girl June Jee! She was supposed to be a contest award presenter but was called away on business. Even though it was impossible to fill her high heels, I enjoyed subbing for a few hours. Thanks, June. xo

For more about dumplings: