When I was a kid, I wanted to be a teacher. But my parents told me to be a doctor. To thwart their plans, I screwed up in college. So instead of teaching the ABCs, I covered my college transcript with A’s, B’s, C’s, D’s and F’s.

Somehow, I eventually went from this passive-aggressive disaster to Columbia University’s Graduate School of Journalism and an exciting career as a newspaperwoman. That’s another story. For this post, I just want to marvel over the power of youthful passions. The teaching dream, which was lost for decades, is finally mine.

Here’s where the teaching dream started: 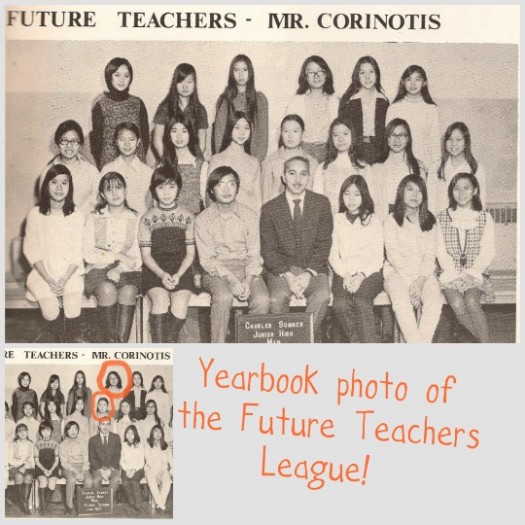 Our ghetto school on Forsyth Street was demolished. The nabe is now the hipster Lower East Side.

Check out tween-aged Betty! That’s Judy in front of me. We met in the 7th grade and have been inseparable for the past 42 years. We hung out in Chinatown and even attended the same college. Today, she’s a teacher too — at a public elementary school in California. 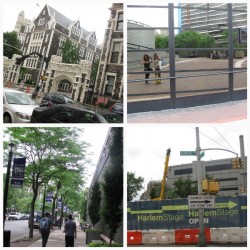 The campus has really changed a lot since we were students in the mid-'70s.

When she visited me last month, we made a pilgrimage to our alma mater, City College of New York (CCNY). It’s part of the City University of New York, the largest public university system in the country.

Judy was a top student who graduated in three years, immediately married and went West. Meanwhile, I never left the state and graduated from a different college.

Going back to the campus after 35 years gave us a chance to re-examine our pressure-fraught past. Afterwards, we felt very peaceful and resolved.

By the way, if you’re wondering why I chose CCNY, it was because of my lousy, barely-80% grade point average at the illustrious Stuyvesant High School. Back then, City College had a controversial open admissions policy. Basically anyone could get in. Hello!

A key teaching moment and its impact

Even though I had proved to my parents that I wasn’t fit for med school, I actually found one course that took me to this building where the pre-med crowd hung out: 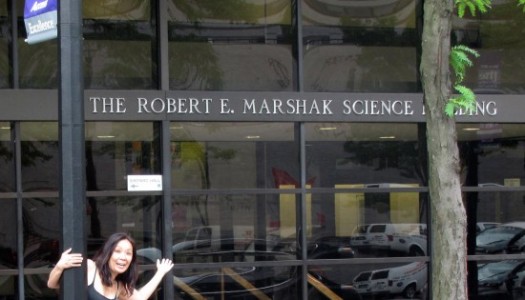 That prof really inspired me during his class. Have I ever unknowingly made a difference too?

As the adult-me stood there again, I suddenly realized how the class shaped my teaching values:

The impact: Kids of all colors say I’m the good Asian mommy they never had. I don’t know what this really means, but I like it. I also make them call me “Betty.” And of course, you know that I’m totally into acupuncture and Chinese herbal medicine. Oh, I wish I could remember the prof’s name! He’ll never know that he mattered to me.

Another teaching moment and its impact

In 1976, my father died. I was 19 and the first-born of his two daughters. Dad left us a little business in Chinatown and Mom didn’t know how to run it. So I decided to major in accounting and transfer to Baruch College, the city university’s business school (where I collected more A’s, B’s, C’s and D’s). 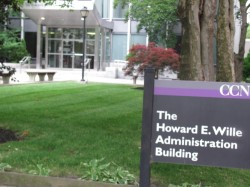 It was time for a talk.

These family responsibilities made a mess of my last CCNY semester; I failed every single class. It led to a meeting in this building with a gray-haired, balding administrator; all I remember about him was that he had a Jewish surname.

I can’t recall if I cried to make him feel sorry for me. But I can still see him sitting there, thinking. Then he picked up his pen, crossed out all the F’s and changed them to D’s. “I hope I won’t regret this,” he said.

The impact: As a teacher, I totally relate to his struggle to do the right thing by a troubled student. I wish I could’ve let him know that I turned out pretty good and that he had taught me to trust my instincts.

Well, that’s the college tour. I am left feeling more positive about my on-going daddy issues too. It’s also comforting to know that even though my own father was difficult, I found two adult male figures to guide me in critical moments. That was another youthful dream — I craved fatherly kindness and gentle advice.

Hope in a young person is such a precious thing. It has the power to survive.

I don’t think it’s ever too late to recover a dream and find yourself. So pay attention! Because one day, you might get what you wanted after all. xoxoxo. 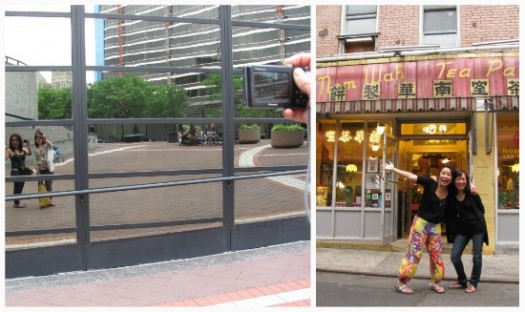 On the left, us on campus. Judy & I also revisited our old Chinatown stomping grounds. :-)