Oh, I have so, so missed you. It’s nice to know that you missed me too. Thank you for sending me concerned emails and for being patient. When I stopped posting two months ago to redesign this site, I had no idea that the relaunch would take this long.

I’m still not satisfied with what  I’m offering you today. For starters, I couldn’t save most of the posts from my old blog. And of the ones that I did save, they’re missing their photos.  There’s more boring, blogging blah-blah going on, but I’ll spare you.

The only other thing I’ll say is that I’m on vacation right now!! A real vacation! With that announcement, let the first official post of this new blog begin… 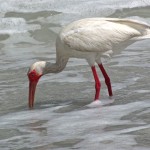 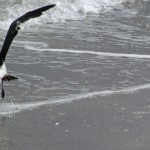 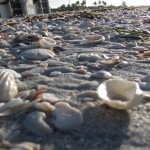 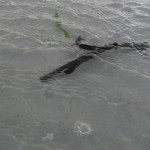 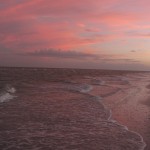 This gorgeous vacation spot sits on the other side of the Gulf of Mexico, still untouched by the BP oil rig disaster. I’m here with my daughter and one of her buddies. We arrived late yesterday afternoon for what became an enchanted evening.

The last time the three of us visited Sanibel, the girls were cute little fourth graders. It was one of the first vacations my daughter and I had taken since her dad and I divorced in 2000. I was still emotionally shake-y. The idea of vacationing without a daddy-husband felt a bit sad. My entire life felt unsettled; I had just started teaching and was struggling with dating.

Fast forward to now. Over the last five years, I’ve learned to enjoy being alone, and have multiple new careers as a blogger, teacher and painter. This time, it didn’t bother me to make travel and lodging arrangements without the help of a spouse. I’d also made my peace with being a single mom traveling on a budget.

The plan was to stay at the Sundial, a very nice resort on the island. I booked a one bedroom. The girls could have the two full beds while I would take the couch. For a car, the most that I could afford was a $25-a-day compact .

Then we arrived and the unexpected happened…

At the Alamo rental counter, the customer rep referred to me as “Mrs. Liu.” When I said that “It’s ‘Ms.,'” we started chatting about kids and divorce. Next thing I knew, she whispered that I could have an Eclipse  convertible for an extra $17.80 a day. Not something normally offered, but a bunch of them were sitting around this week; maybe the kids might enjoy the surprise of a treat. We could pick any color we liked. Well, you should’ve heard the girls scream when I marched them past the compact rental car section and stopped in front of a row of shiny convertibles.

We vroomed away in a midnight blue baby with the top down. As the local hip-hop radio station blared on the sound system, I have to admit, I felt like crap. Here I was, a tired, middle-aged mom in old shorts and a wrinkled shirt, with two hotties in the back seat. I looked dope-y rather than dope. I had packed for a budget, second-rate trip.

Never again, I vowed. From now on, I pack and dress and live up to my potential.

The idea of sleeping on the couch suddenly felt awful. Even though our condo unit was adorable and just a quick walk to the beach, I couldn’t do it. When I asked the front desk about upgrading to an ocean-front two-bedroom, I gulped at the thought of paying an extra $560 for a bigger place. WTF, I thought. (Btw, “wtf” is a expression I learned from my students a few semesters ago. Teaching is such an educational experience.)

But when I pulled out my credit card to pay for the condo, the front desk person suddenly did a recalculation. It was actually possible to shave the bill down a little more. The $560 was pared to $360. The unit would’ve been empty if I wasn’t using it, I was told. Now things were in better order. The girls have the room with the twin beds while I get the white master bedroom with the view of the ocean and the fluffy white linens.

“We were meant to be on this vacation,” said my daughter’s friend. The cosmos was in our corner; we could feel it.

Here are some photos. If you’d like to see any of them close up, just click on the image to enlarge.